These industry veterans help bring together the best of the best for Gen Con's Industry Insider program through recruitment and event curation to providing valuable guidance in shaping the program itself.

Matt Forbeck is an award-winning and New York Times-bestselling author and game designer with over thirty novels and countless games published to date. His latest work includes the Star Wars: Rogue One junior novel, Dungeonology, Captain America: The Ultimate Guide to the First Avenger, Halo: New Blood, the Magic: The Gathering comics, The Marvel Encyclopedia, and the upcoming Shotguns & Sorcery tabletop roleplaying game based on his novels.

He lives in Beloit, WI, with his wife and five children, including a set of quadruplets.

For more about him and his work, visit Forbeck.com. 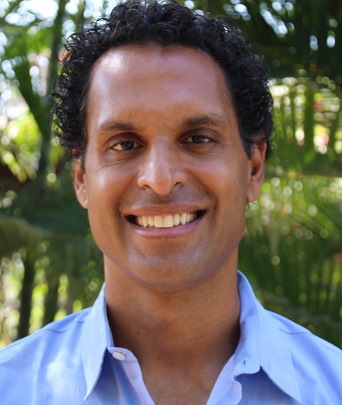 Ajit George is Director of Operations for the international non-profit the Shanti Bhavan Children's Project. He has spoken at numerous events including TEDx, the International Monetary Fund and NPR on the topics of education, gender equality, community development, and poverty alleviation. He is featured in the Original Netflix Documentary Series, Daughters of Destiny.

Ajit attended the Clarion West Writer's Workshop in 2004 and studied under several leading science fiction and fantasy authors. He has written for various games, including Urban Shadows, the Warren, Epyllion, Misspent Youth, and Dialect, organized international collaborative larp events, is the co-founder of Gaming as Other, is a diversity consultant, speaker and activist, and has run and organized games at conventions across the United States.

Nicole Lindroos entered the game industry in 1989. In that time, she co-founded Adventures Unlimited magazine, served on the board of the Game Manufacturers Association and as the chair of the Academy of Adventure Gaming Art and Design, volunteered both on the advisory committee and as the head of the Origins Awards, and has been an active freelancer for large and small companies alike on lines like Ars Magica, Earthdawn, Everway and Vampire: the Masquerade and in publications such as Interactive Fantasy.

Since the year 2000 Nicole has been co-owner and General Manager of Green Ronin Publishing, and most recently has been the project manager for Green Ronin's Blue Rose and Lost Citadel Roleplaying lines and a contributor to the Titansgrave: Ashes of Valkana setting as part of Green Ronin's partnership with Wil Wheaton and Geek & Sundry.