Filmmakers from around the world gather to compete in the Gen Con Film Festival. Some travel from as far away as Australia and the United Kingdom to the Indiana Convention Center in Indianapolis for screenings, film panels, and the awards ceremony. Films from across the United States, Canada, Australia, New Zealand, Austria, Israel, Japan, and Great Britain make it a truly international event.

The Gen Con Film Festival focuses on genres that appeal to our gaming attendees. These include, Fantasy, Sci-Fi, Horror, Animation, Gaming, related parodies and documentaries.

If you'd like to participate, submissions for the 2023 Gen Con Film Festival open January 13. Film submissions will be exclusively available through Film Freeway. Complete details and rules are available on the Film Freeway site. 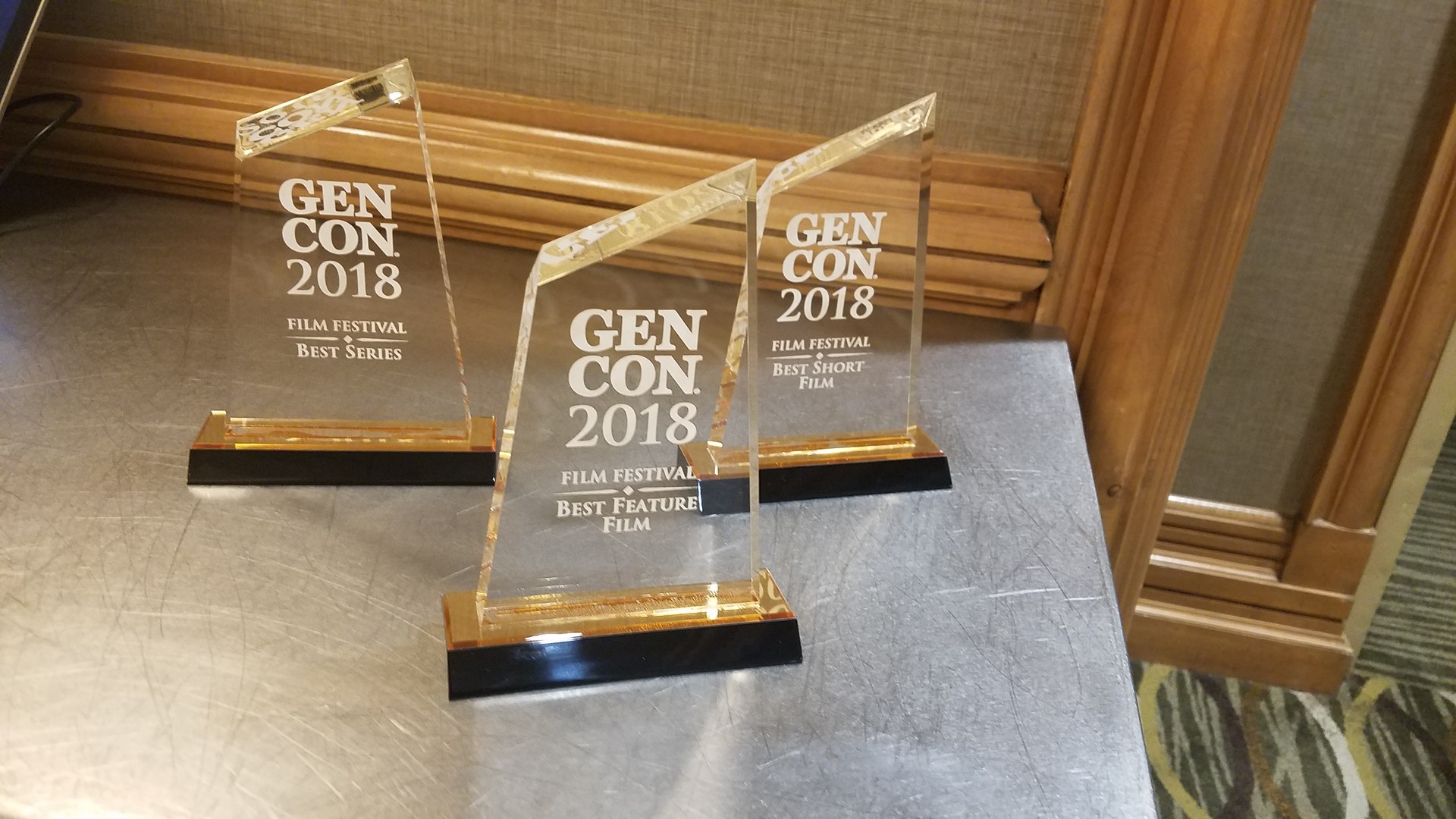 Winners of the Gen Con Film Festival will be announced on Thursday, August 3 at 7pm (Eastern) in Westin : Capital III . For those attending Gen Con Indy, you can get tickets to the in-person event "Gen Con Film Festival Awards Ceremony". Join us in celebration of all the participants and then go check out the films yourself! Category awards are voted upon by a jury of judges and will include the following:

Congratulations to the 2022 winners!

The Film Festival has a dedicated channel in the Gen Con Discord for community chat and continued conversations throughout the weekend. Join in the discussion with fellow filmmakers and enthusiasts, recommend your favorite films from the festival to fellow attendees, and maybe even ask a filmmaker themselves about their work. Hope to see you there! Join the Gen Con Discord.