Gen Con Insights is an initiative committed to sharing the stories and ideas that matter in tabletop gaming. Insights presenters are visionaries and leaders who have made an impactful mark on gaming industry and culture, and in these engaging short-form talks, they share big ideas and new perspectives which will expand your understanding of tabletop gaming.

This year’s Gen Con Insights presenters, Tanya DePass and Steve Kenson, are key contributors to the ongoing conversation about diversity in gaming. On Thursday at 1 pm at this year’s convention, they will record their Insights talks in front of a live audience, streamed live on our Main Stage Twitch channel and made available afterwards on YouTube.

Check out the listing in the Event Catalog to reserve your spot in the live audience!

Tanya DePass (she/her) is the founder and Director of I Need Diverse Games, a non-profit organization based in Chicago, which is dedicated to better diversification of all aspects of gaming. She is a lifelong Chicagoan who loves everything about gaming, #INeedDiverseGames spawn point, who wants to make gaming better and more inclusive for everyone, the Diversity Liaison & Programming Director for GaymerX, is a board member of Con-or-Bust which helps marginalized fans attend Sci-Fi and Fantasy conventions. She’s also the editor of Game Devs and Others: Tales from the Margins, an anthology featuring stories from marginalized game developers and others adjacent to the industry. The book released on June 13th, 2018 from CRC Press.

She’s also part of Rivals of Waterdeep, a Dungeons and Dragons show on twitch.tv/dnd that features all POC and some LGBTQIA cast members. She often speaks on issues of diversity, feminism, race, intersectionality, and other topics at conventions. Her writing appears in Uncanny Magazine, Polygon, Vice Gaming, Waypoint, Wiscon Chronicles, Paste Games, and other publications. 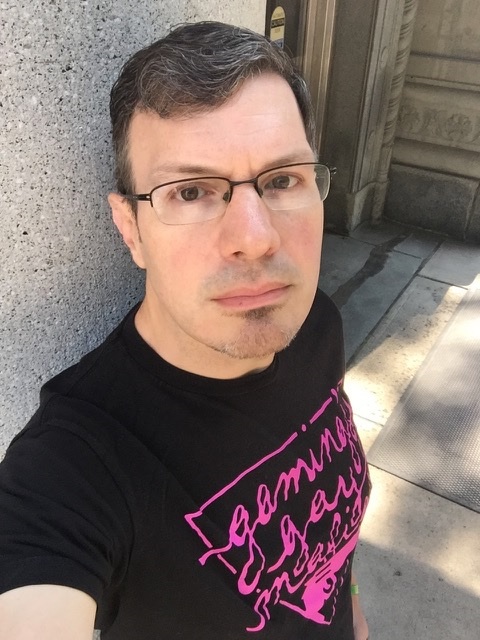 Steve Kenson (he/him/his) began working in the tabletop RPG industry in 1992, freelancing for FASA Corporation. Since then, he has written well over 50 books and contributed to or co-authored many more. He designed Mutants & Masterminds, True20 Adventure Roleplaying, Icons Superpowered Roleplaying, and DC Adventures, developed Blue Rose, Song of Ice & Fire Roleplaying, and The Expanse RPG, and was lead designer on Out of the Abyss and The Sword Coast Adventurer’s Guide for Dungeons & Dragons and Trinity Continuum: Aberrant for Onyx Path.

His Shadowrun novel Crossroads in 1999 featured a gay protagonist, and Steve helped to launch the popular “Queer as a Three-Sided Die” panel on LGBTQ topics in tabletop gaming at Gen Con.