So is Kickstarter good or bad for Gen Con? It's definitely good for gaming, alot of great games make it to production because of it. But events in the dealers hall aside, a number of these games don't get much production beyond the kickstarter and once the product is sold out what's the incentive for the company to promote it by running events at the convention?

There was one game I was interested in last year. The company ran four sessions of it which all sold out on registration day. They didn't have any copies left by the convention so didn't have it for sale or nor were they even demoing it at their booth. I don't really expect to see them submit it as an event this year.

There is a section in the exhibitor hall called Entrepreneurs Avenue, some companies running Kickstarters may have a spot there.

I can't see Kickstarter (and other crowdfunding platforms) as anythign but good for Gen Con, honestly. It means more people are making more games, many of them not part of established companies and often rising up from existing player communities.

Sometimes that means they're more willing to run events - maybe they've already been doing so for years.

Sometimes that means they're less willing to do so - maybe because they've never had any connection to Gen Con or conventions and just aren't aware of the appeal.

And both of those situations apply just as equally to companies. Folks will run the gamut of the value they see in events, so the more people making more things, the more events we'll have, even if many of those newcomers invest thier time elsewhere.

But I will say that if a company has one Kickstarter that they don't intend to provide any support for once that's sold out and they won't be producing any new games, they're unlikely to be getting a booth at Gen Con :)

There were a lot of kickstarter and demo-only games in the exhibit hall in the past few years, and I've always wondered if it's worth it to the publishers to come to the show and not sell anything.

Yes, when you market a new game at GenCon you're targeting exactly the right kind of people, but kickstarter needs you get your customer to go log in and pledge their money, and they can't do that from the exhibit hall.

Maybe that's something that GenCon could provide to exhibitors -- wifi internet access for getting their customers to pre-order their game.

Exhibitors and attendees can access wifi if they need, and most attendees that will be tech saavy enough to pledge right there will have perfectly fine cellular access anyway.

Attending a convention to promote your Kickstarter before/while it's running is just the same as doing so before your product launches: you're marketing and trying to get the word out.

Kickstarter isn't really about the immediate "I give my money now!" aspect anyway. If you really pushed hard on that and primed your backers to expect that kind of instant gratification, you're just setting yourself up for complaints when you inevitably encounter delays.

My only observation is that it would be nice to have it super obvious when a company is a Kickstarter-only, and has no actual product for sale.

A notable couple of times last year when I was frustrated to not find out right away that there was no product to buy on site. Only when I said "Cool, okay, how much?" and went for my wallet that it came out that it was only Kickstarting. That's on the exhibitor, but there you go. An exhibitor with a demo mockup of the game can look just like one with a game already in production.

Not that I won't listen to a spiel or run a demo, but I prefer to be able to buy there, and at least know that going in.

The only kickstarter I want to see is one for more hotel space adjacent to the convention center.

Hamster tubes for everyone! 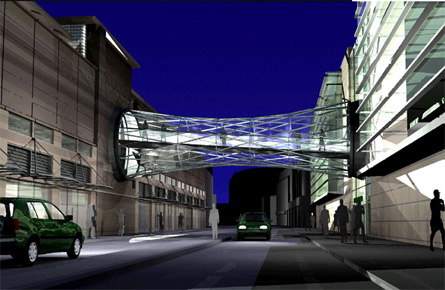